In a bid to further increase consumer confidence, GM is now offering to buy back Chevrolet Volts from any owner who fears the car is a fire risk. Just last week GM offered to loan a different GM vehicle to Volt owners until the battery-fire relation was investigated and solved. 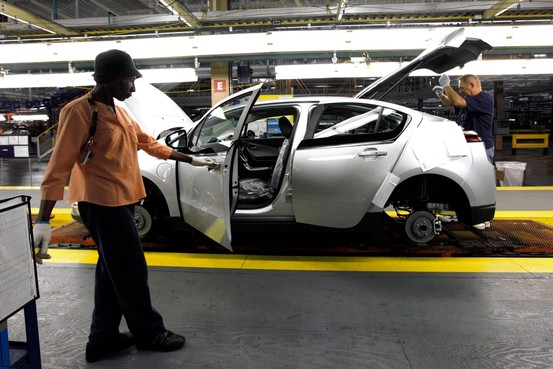 This all comes from fires sparked by crashed Volts at the National Highway Transportation Safety Association’s facilities. They were crash testing the Volt, and left the damaged Volts sitting without disconnecting the battery – GM claims that was why the fires started, and GM also wants to remind consumers the fires started 3 weeks after the crash.

GM put out the option to provide loaner cars to the 6,000 GM Volt owners if they were worried about fire risks. As of Wednesday, GM said 33 Volt owners had asked for loaner cars. Some customers had asked if the company planned to buy back the cars, but no one has requested to turn theirs in, GM spokesperson Selim Bingol said.

“If someone asks, we’ll snap it up in a second,” Mr. Bingol said. GM believes the car is safe, but wants to reassure Volt owners and ensure they are comfortable with their vehicle.