I'm contemplating upgrading my '14 to sync 3. I have a couple questions for those with 2016-2018 FFE's Do the climate controls appear on the Sync 3 screen? Also is there an "info" screen like on Sync2 that shows battery percentage etc?

I'd really appreciate anyone's thoughts who has had both a FFE with Sync 2 and a FFE with Sync 3.
2014 Blue Candy FFE
http://www.fuelly.com/car/ford/focus/2014/triangles/303811 (since this forum doesn't allow BBcode in sigs)

No, on the FFE the climate controls do not show up on Sync 3 (as they do in other Fords)

I bought a Sync 3 upgrade for my '12 from flvpmods. I don't think he'd sold one to any Focus Electric owners and was glad to see the setup worked. I am extremely happy with the upgrade - it was absolutely worth it.

Climate controls have a button on the main nav bar at the bottom of the screen. Battery percentage shows under a "charge settings" screen very similar to the one on Sync 2. And the "power flow" display is an entry under the "apps" page. I should note that I've made some tweaks with ForScan so I can't be certain you'll see the same stuff.

My particular APIM came from a 2018 Escape, no idea if it would be any different for different years/revs. Got a "scratch and dent" screen. I want to say my total with the new parts was around $800. 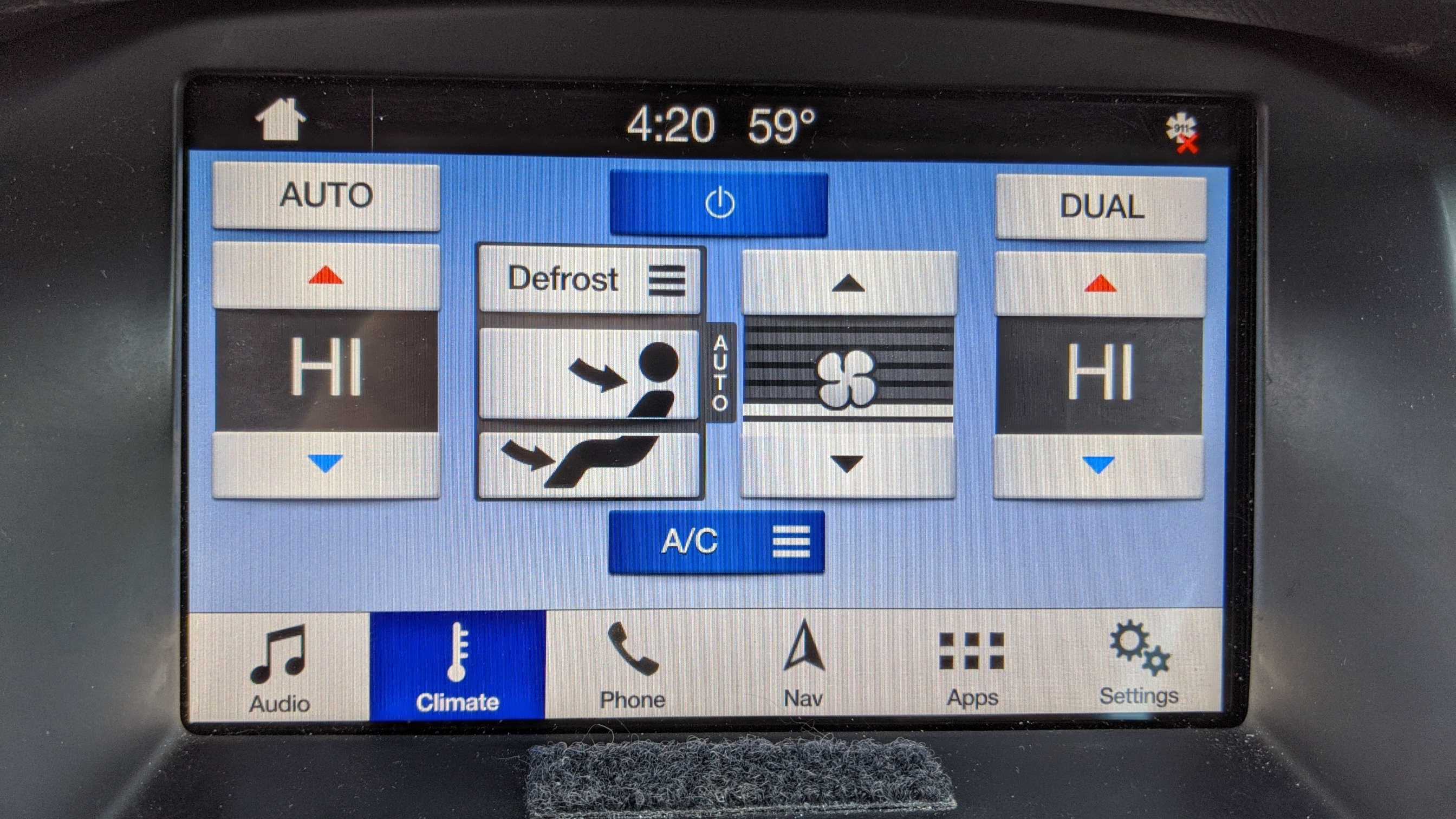 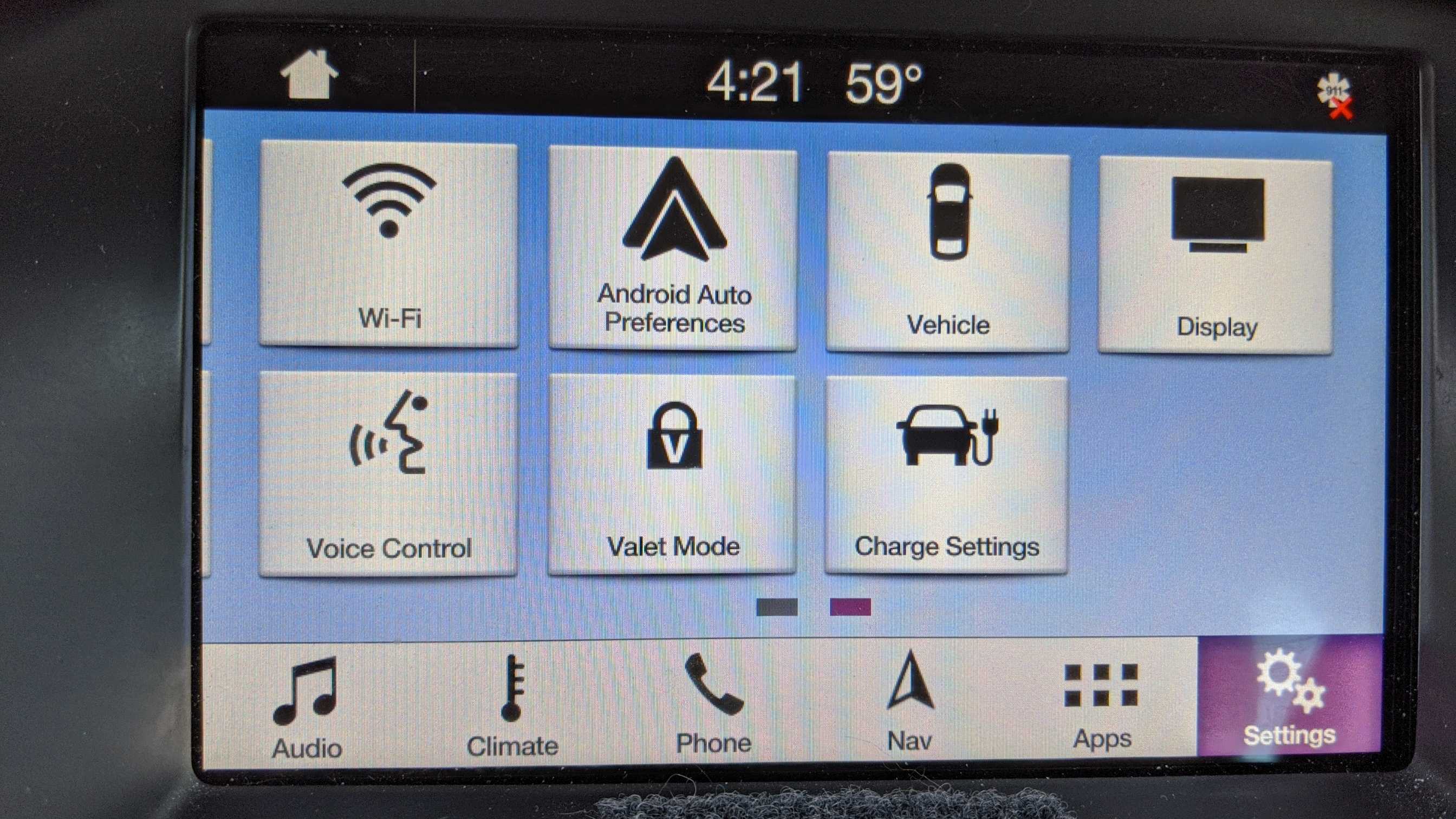 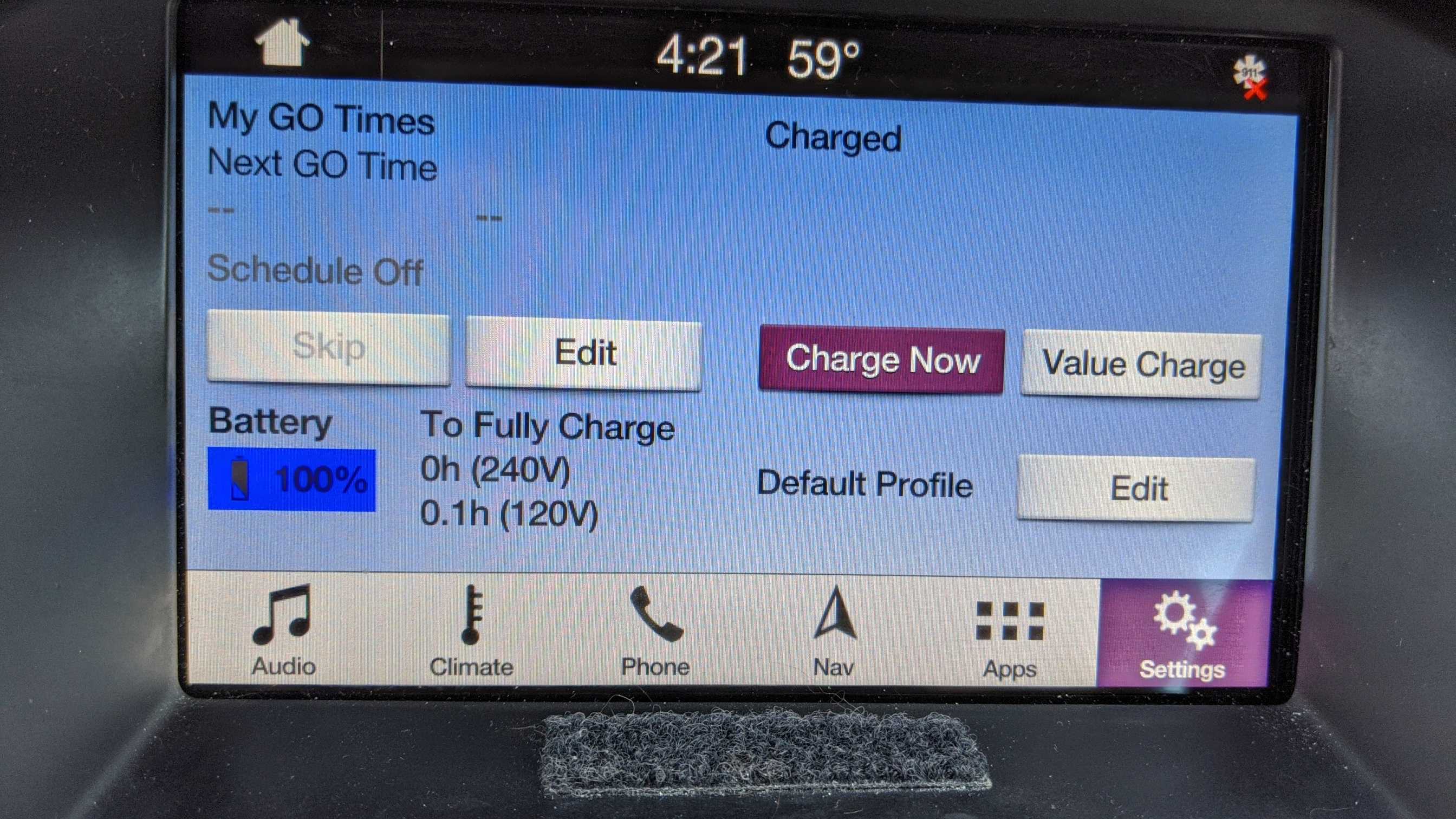 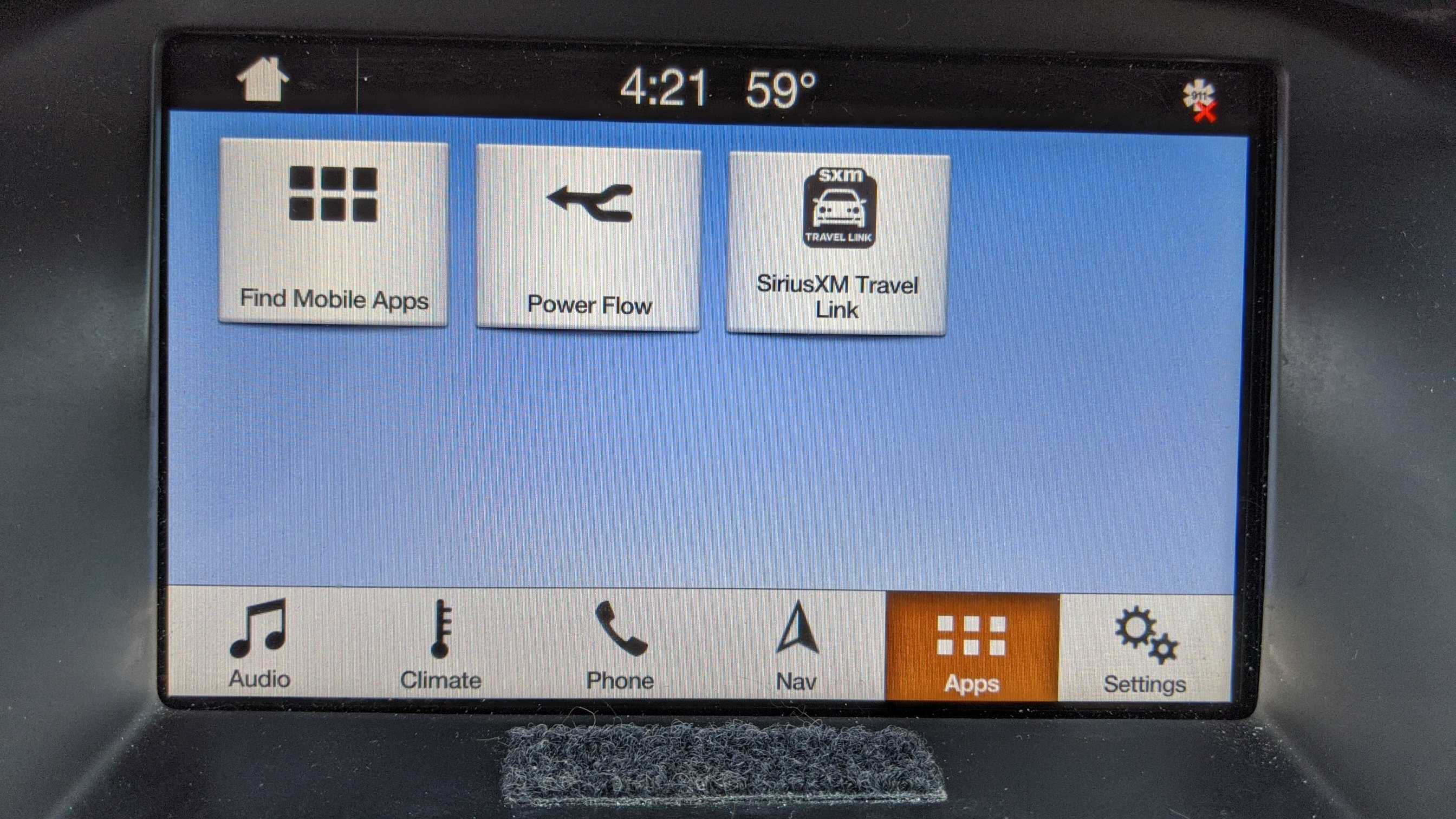 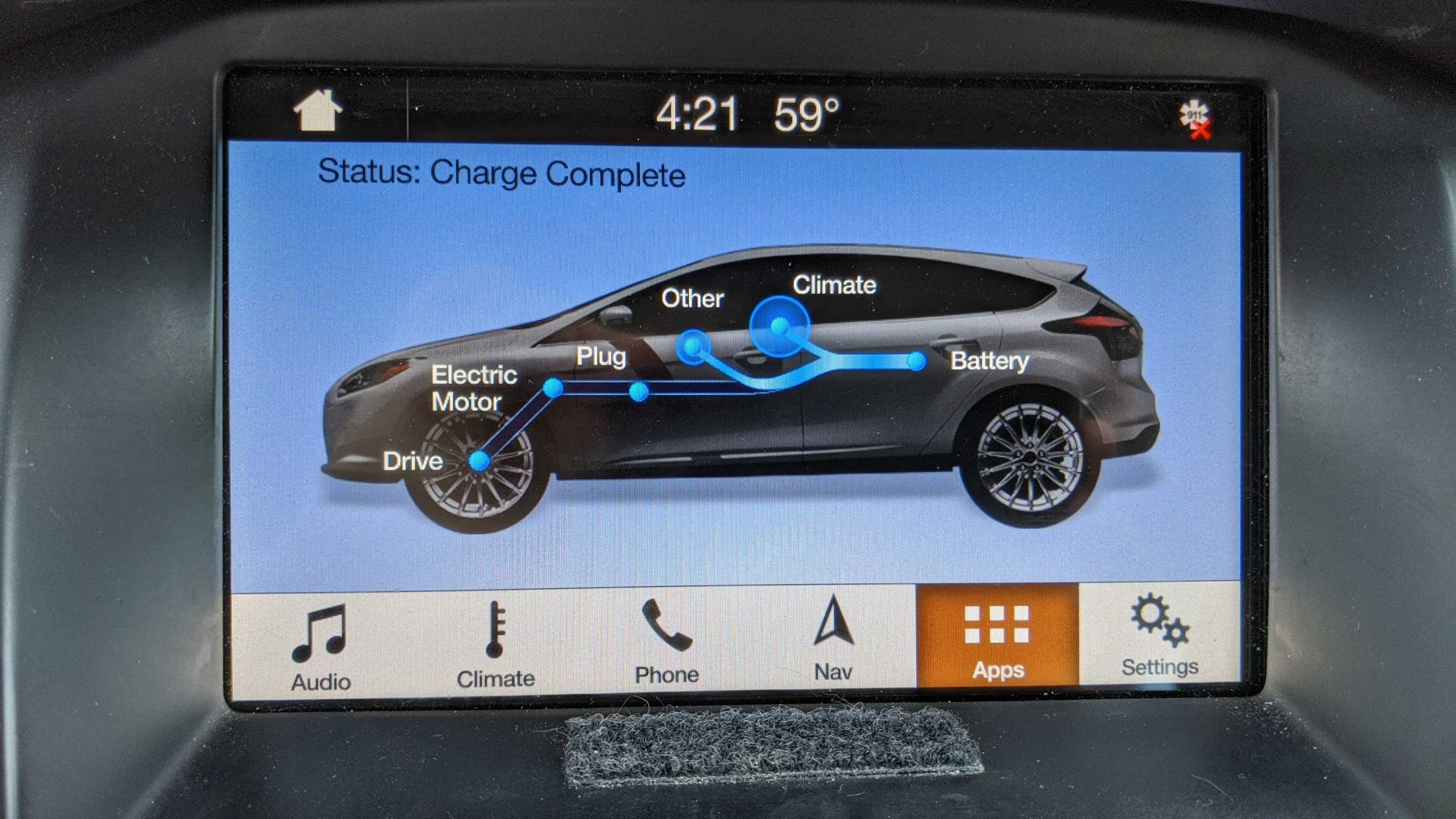 That is extremely interesting that you get climate controls using the 2018 Escape APIM.

It's been long enough that I can't remember if it was something I tweaked with Forscan. I don't think it was. Might be worth a look all the same.

And I don't think the model it came from really factors in, I just got curious about the VIN it was associated with originally.

Best I know, the programming is configured based on the original configuration Ford has in their database (asbuilt?) But some stuff ends up being dependent on the fw loaded to other systems. There was a point release for Sync2 that I never even saw because it wasn't compatible with some other module in my car.

But it would be interesting to see what happens if a 2017 Focus APIM was flashed to an older model.
2012 Candy Blue FFE
33.5kWh battery pack
CHAdeMO DC Fast Charging

Anti_Climax wrote: ↑
Wed Jan 13, 2021 8:13 pm
It's been long enough that I can't remember if it was something I tweaked with Forscan. I don't think it was. Might be worth a look all the same.

Thanks Anti_Climax! That's exactly what I was looking for. It only took a little over 6 years for me to finally be fed up with the worthlessly slow Sync 2 and start down the path to Sync 3. Also the thought of getting Micro$oft out of my car feels good.

My drama filled search lead me to a few pertinent details. Rambling in no particular order... Sync 3 came out on at least '16 Focus and Escape models, I believe others but not verified. All '17+ Ford models and '18+ Lincolns are Sync 3. Fiesta has a smaller screen so don't bother with those. Sync 2 screens are incompatible with the Sync 3 module. The difference between NAV and non-NAV units are the non-NAV units do not have enough internal storage for the maps. You can enable the NAV button on the screen but the unit will just throw a navigation error. Also the Sync 3 NAV software detects the difference and wont install so don't waste your time thinking you might be able to add NAV to a non-NAV module.

I am 98% there with having it all working and back together. I intend to do a write up in the next couple of weeks for anyone that wants to DIY this. The swap is surprisingly easy if you are the least bit technically inclined. The hard part was finding a NAV unit and figuring out what needs to be done to make it all work. I have 2 Sync 3 screens/modules, both from '18 models. One has NAV and one does not. Both worked plug and play but not with all the relevant features enabled.

The climate controls in Sync 3 are not enabled by default on the FFE. It's a simple option switch that can be changed in FORScan. I'm not sure there's much value added by enabling this as the physical controls are a few inches below the screen. However I will enable it for a while and turn it off later if I find it annoying.

I have a yard down the street from me that has a handful of very reasonably priced screens with non-NAV modules. If anyone is interested, I would consider assisting with procuring and programming them so they would be a drop in replacement.
2014 Blue Candy FFE
http://www.fuelly.com/car/ford/focus/2014/triangles/303811 (since this forum doesn't allow BBcode in sigs)

Wonder if we can tweak the FFE APIM to get them.

Yes. It's a setting you can change in FORScan. The escape APIM doesn't have climate control enabled by default either. I'll provide details when I do my write up on how to do a FFE SYNC 2 > SYNC 3 upgrade.
2014 Blue Candy FFE
http://www.fuelly.com/car/ford/focus/2014/triangles/303811 (since this forum doesn't allow BBcode in sigs)

Which version of Sync are these cars running? I upgraded my Expedition to Sync 3.4 using the instructions below. Has anyone tried something similar for the FFE? I'm picking mine up tomorrow and would like to get it updated to latest version if needed. So excited to get this car. I've been wanting an EV for years now.

I'll have to check when I get it back, but I don't think I'd try to change it from the version already on it.

My old Sync 2 couldn't even update to the "latest" because some other part of my car didn't have an acceptable SW version loaded. Getting the update for software that didn't "exist" for my car would take jumping through even more hoops.
2012 Candy Blue FFE
33.5kWh battery pack
CHAdeMO DC Fast Charging

jghall00 wrote: ↑
Tue Feb 02, 2021 7:31 am
Which version of Sync are these cars running? I upgraded my Expedition to Sync 3.4 using the instructions below. Has anyone tried something similar for the FFE? I'm picking mine up tomorrow and would like to get it updated to latest version if needed. So excited to get this car. I've been wanting an EV for years now.

Sync 2 is built on Microsoft crapware with slower hardware. Sync 3 uses Blackberry's QNX OS and has a more responsive screen and faster hardware.

I installed a sync 3 module and screen from an '18 Escape in my '14 FFE and recently have all the bugs squashed. No DTC and I enabled the climate controls on the Sync 3 screen. My biggest issue was the GPS antenna I bought was DOA. Besides that it was a few config tweaks for hardware my 2014 does not have. For S&Gs I have the Mustang start up screen and the Lincoln timeless theme. This results in a Lincoln shutdown screen

Probably within the next week or so I will put together a How-to for anyone that wants to give it a try. I have an extra non-NAV Sync 3 unit I will probably sell. It is currently configured with the ford GT startup/shutdown and theme. Unfortunately it has SW ver. 2.3. Ford disabled the GT stuff with newer SW versions.
2014 Blue Candy FFE
http://www.fuelly.com/car/ford/focus/2014/triangles/303811 (since this forum doesn't allow BBcode in sigs)
Post Reply
14 posts