General Motors said today that it would loan cars to owners of the Chevy Volt that were worried about the risk of a battery fire after a car crash. GM didn’t mention how long the Volt owners would be able to use the loaner vehicle, but one would assume as long as it takes to determine the batteries are safe, or until GM can install/fix/retrofit the current Volts to be safe. 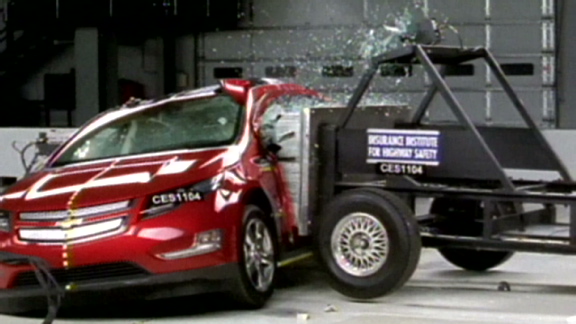 On Friday the National Highway Traffic Safety Administration announced it had launched an investigation into the risk of a fire in the Chevy Volts after two Volt batteries caught fire after crash tests. Initially, GM has said that the NHTSA had failed to follow proper protocol and drain the coolant liquid from the battery pack after the crash test.

GM said that the time between the crash and the fires, one to three weeks, eliminates and real-world risk for owners and we agree – usually people are out of there vehicles sooner than that after a crash! If the lithium-ion battery in the Volt is de-powered after a crash, GM says there is no risk of fire.

GM is offering the loaner vehicles in order to reassure Volt owners while the investigation is being conducted. GM also mentioned that no Volt owners had asked for a new car following the fires three weeks ago.

Chevy has sold 5,2239 Volts in North America through the end of October.